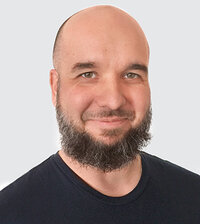 Matt picked up his first press car in December of 1998—a beautiful brand new 1999 Mazda Protegé LX. He was promptly rear-ended by a beige Corolla (true story). He immediately accepted the challenge of informing car buyers the world over that there are alternatives to the Corolla. At over 40 million sold so far, it’s clear that he has failed in his endeavour.

Be that as it may, Matt has worked for the Automobile Protection Association (APA) and contributed to Protegez-Vous’ annual car guide, joined Auto123.com in 2004, moved on to Autonet.ca for a brief period of time only to be recalled to Auto123.com.

Today, he contributes to LC Media, EcoloAuto.com, MotorIllustrated.com and other outlets. He’s a standing member of both the Automobile Journalist Association of Canada and International Motor Press Association (IMPA) and manages a fleet of six cars with a total value inferior to that of the damaged Corolla. 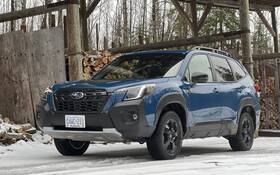 2022 Subaru Forester: Mild or Wilder, it’s up to You
The Forester’s greatest asset and weakness boil down to the fact that it’s a Subaru. The Japanese brand has never been one to follow trends as they were among the first to offer AWD as a standard feature and they’ve stuck it out with horizontally-opposed engines since forever. With perhaps …
Special Events

Goodbye Volkswagen Beetle, Hello Future
Nearly everybody has a Volkswagen Beetle story to tell. A survey has never been done to our knowledge in Canada, but we’re quite convinced that a the very least, a third of us have an uncle, a parent or someone close that can tell you about their experience with the …
Spotlight on

The End: The Last Volkswagen Beetle Leaves the Assembly Line
Quite officially, this is the last time we will be saying goodbye to the legendary, quirky and fun-loving Volkswagen Beetle . Well, at least to a petrol- or diesel-burning version. This is not the first time we say farewell to the car, as the last unit of the original Beetle …
First Drives 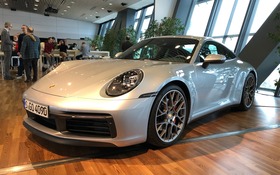 2020 Porsche 911: Changes that are Far More than Skin Deep
As automotive icons go, none can match the Porsche 911. The early 20th century had Bentley , Bugatti and Ford , the middle belonged to all American brands and then the Japanese and Germans moved in. Throughout the decades and models, interest faded in and out for these products and …
Spotlight on 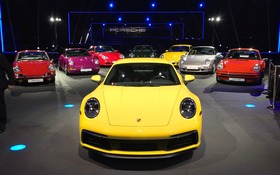 2020 Porsche 911: Off to Germany for the 992 Deep Dive!
The all-new production Porsche 911 has finally been revealed to the world. Barely a few weeks ago, we were all over the Los Angeles Auto Show reporting back to you on all the new cars, trucks, and SUVs. Despite the incredible amount of concepts and glistening new production vehicles, the …
Top 10 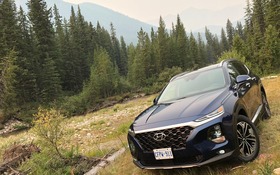 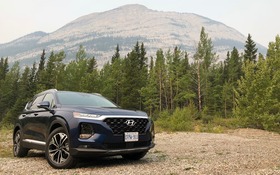 2019 Hyundai Santa Fe: Standing Out Through Styling4.0/5
KANANASKIS, Alberta – Shopping for a new vehicle? I’ll bet you a shiny Loonie you’re looking at a crossover vehicle. Makes sense, right? Two kids, loads of gear, all kinds of activities—this is life. We’re not all so rich that we can afford two or three cars, so the one …
Spotlight on 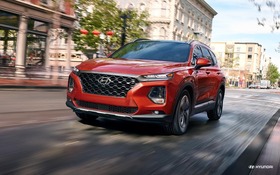 2019 Hyundai Santa Fe: Loaded, Handsome and Affordable
Hyundai’s timing for the Santa Fe could not have been better. Way back in 2000, they released a generous-sized sport-utility vehicle that, despite being ugly as sin, consumers could not get enough of. I recall a close colleague of mine referring to it as a member of the porcine family.
The Car Guide newsletter
Find a vehicle
Reviews, specifications and offers