The all-new EV600 electric delivery van unveiled last week by General Motors will be built at the CAMI assembly plant in Ingersoll, Ontario, making GM the first large-scale producer of this type of vehicle in Canada.

The Chevrolet Equinox, which has been manufactured there since 2004, will move to a different location that has yet to be determined in 2023.

The unionized workers at CAMI have agreed to this major change by ratifying a new three-year contract. GM will invest about $1 billion to retool the plant immediately and employ a “comparable” number of workers (around 1,900), according to Unifor president Jerry Dias.

The governments of Canada and Ontario have already pledged their support, though the size of their financial contribution has yet to be specified.

Offering a range of 402 kilometres, or twice as much as the 2022 Ford E-Transit, GM’s electric van will be sold under a new entity called BrightDrop. Production is slated to begin by the end of 2021 with the first 500 units going to FedEx, which took part in the development process.

In addition to the EV600, GM also unveiled an electric pallet allowing delivery drivers to more easily transport goods from the vehicle to customers’ doors. It remains to be seen where that device will be manufactured.

Back in November, GM reached an agreement with Unifor workers in Oshawa to resume pickup production in January 2022, including new Chevrolet Silverado and GMC Sierra models. The automaker will invest up to $1.3 billion and hire 1,400 to 1,700 hourly workers. 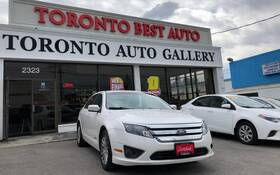 No Lockdown This Time for Car Dealers in Ontario
Ontario’s four-week stay-at-home order that begins today won’t affect car dealerships as showrooms will remain open. The province has been hit pretty hard so far by the third wave of the pandemic. While it promised to start vaccinating people aged 18 and older living in COVID-19 hot spots, including teachers …
News

Ford’s Blue Cruise Unveiled as Hands-Free Driving Assist
Automakers are developing driver-assist technologies that are so advanced you can basically let go of the steering wheel and relax while the car drives all by itself. Of course, some of these systems are more sophisticated and capable than others, enabling varying degrees of hands-free driving on the highway. Ford …
New Models

Here it is, the New 2022 Honda Civic!
Today, Honda gave us the first official image of the redesigned 2022 Honda Civic . This production model is surprisingly similar to the prototype Civic unveiled by the automaker last November. Honda says it is the most fun-to-drive and most technologically advanced Civic sedan in nearly 50 years of history.
News

All-new 2022 Hyundai Santa Cruz Doesn’t Want to be Called a Pickup
For the first time ever, a Korean pickup truck is making its debut in North America. Hyundai’s approach with the all-new 2022 Santa Cruz is pretty unconventional, mind you. In fact, the company doesn’t want to call it a pickup or a truck, instead using the term “sport adventure vehicle.” …
News