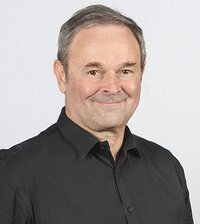 An automobile journalist with more than 30 years of experience, Marc Lachapelle joined The Car Guide after cutting his teeth as a motorcycle journalist and photographer. He spent years as the automobile columnist for Affaires Plus magazine and Les Affaires daily newspaper. In 2000, he became editor in chief of the MSN Autos Canadian websites (French and English) and worked there until 2008, when he returned to The Car Guide.

Marc became the first Quebecker to earn the title of Automobile Journalist of the Year from the Automobile Journalists Association of Canada in 1994 and he earned the title again in 2005. He was also the first to win the Most Professional Journalist award in 1996 and the Photography award in 1999. He has been involved in the AJAC’s annual award program and the North American Automobile Awards since their creation, and he sits on the international jury that selects the International Engine of the Year winners.

After a brief stint in motorcross—which took him up to the Expert category—Marc completed the Spenard-David Formula 2000 racecar driver’s course, registered his own car at the Honda-Michelin series, competed in the 24 Hours of Mosport five times and participated in several races as a guest driver. He drove the first hybrid car at the Newfoundland Targa Rally and won a gold plaque and a second Churchill trophy in 2009, his third year competing.

Marc is a regular contributor to the Guide de l’auto television program on MAtv, where he also presents reviews of sport and performance vehicles. He also writes for CarGuideWeb.com. 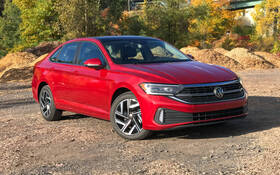 2022 Volkswagen Jetta Highline: A Shell of Its Former Self3.5/5
The Volkswagen Jetta used to be the darling of Canadian drivers, especially in the first generations. People loved its solid construction, safe handling, pleasant powertrain and large trunk, enough to overlook some glaring issues and a not-so-good reputation for dependability. But then things changed. The Americanization of the Jetta continued, …
First Drives 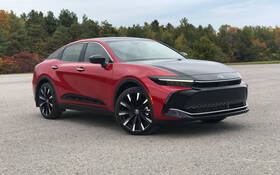 2023 Toyota Crown: Not Your Ordinary Sedan4.0/5
It seems like every day we’re reporting about—and crying over—the demise of the traditional sedan here in North America, where people are massively going crazy about SUVs. Despite launching in Japan as a crossover, the all-new Crown is being advertised as a sedan on these shores. Are we missing something, …
First Drives 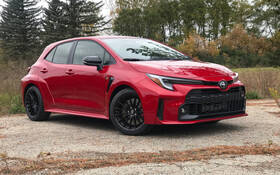 2023 Toyota GR Corolla: Irresistible Little Devil4.0/5
If if weren’t for Toyota boss Akio Toyoda’s passion for performance and his tremendous racing experience, driving and sports-car enthusiasts wouldn’t have the GR Corolla , a new hot hatch that’s about to land in Canada. Not only is he fully backing Toyota’s commitment to motorsports, but he’s also the …
Special Events 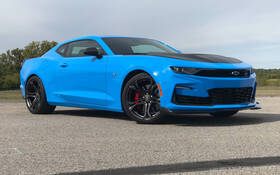 2022 Chevrolet Camaro SS: Big-Time Fun on the Track4.0/5
The Chevrolet Camaro is definitely not the easiest car to live with. Killer looks are one thing, but visibility is simply atrocious. At least when you’re talking about the coupe. The Camaro Convertible obviously doesn’t have this problem. It’s an entirely different story as far as performance and dynamic driving …
Test Drives 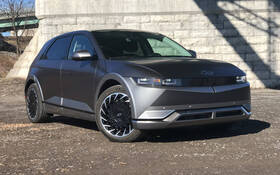 2022 Hyundai Ioniq 5 Ultimate : Futuristically Ambitious4.0/5
Hyundai made a serious leap forward in the electric vehicle segment with the launch of THE Ioniq 5 last year. Based on the E-GMP (Electric Global Modular Platform) architecture that is slowly spreading across the Hyundai/Kia/Genesis electric ambitions like the Genesis GV60 and Kia EV6, the Ioniq 5 stood out …
Test Drives 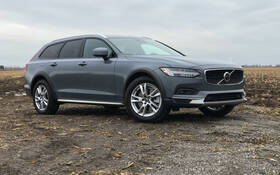 2022 Volvo V90 Cross Country: A Swedish Queen Returns4.0/5
The Volvo V90 Cross Country has silently returned to Canada following a two-year hiatus. It doesn’t look that different from the model that first launched in 2017. Built on the same Scalable Product Architecture (SPA) as the XC60 and XC90 crossovers, the rugged Swedish wagon is now available in a …
Test Drives 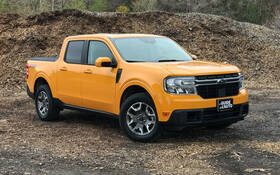 2022 Ford Maverick: Reinventing the Compact Pickup4.0/5
The Ford Maverick wastes no time making a good first impression. Access is easy, the seats are nicely sculpted, the displays look sharp and prove easy to use, the controls are precise and right where you want them, and plenty of smart storage solutions can be found. This is a …
Test Drives 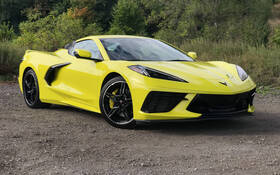 2021 Chevrolet Corvette Stingray Convertible: American Exotic4.5/5
Zora Arkus-Duntov, the brilliant engineer who became known as the true father of the Corvette, must be smiling from heaven right now. After more than 60 years, his spiritual successors have finally made his dream of a mid-engined Corvette a reality. And they did a good job, too. The eighth-generation …
The Car Guide newsletter
Find a vehicle
Reviews, specifications and offers