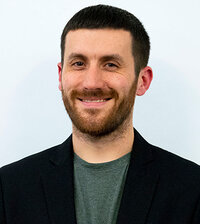 When his elementary school teacher asked Julien what he wanted to do when he grew up, his answer was “the same thing as Alain Prost.” His love for everything on two or four wheels has only gotten stronger ever since, particularly auto racing from the 1980s to this day.

Following his Journalism studies in Paris, Julien began his career as a motorcycle writer in 2007. For more than six years, he worked for French magazine Moto Revue, lighting up roads and tracks with virtually all the bikes you can name, from ordinary 125cc rides to actual Le Mans racers.

Julien switched to cars after moving to Canada, first as a contributor to the Quebec version of Autoblog, then as a member of the editorial staff at Protégez-Vous magazine where he was in charge of the automotive content. He is now a permanent auto journalist at The Car Guide. 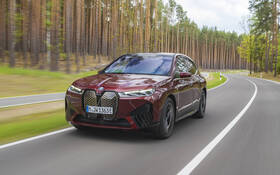 2023 BMW iX M60: A New Dimension of M4.0/5
BMW ’s transition to fully electric vehicles is a highly calculated one. I mean, when you’ve built your reputation on fantastic gasolines engines such as the TwinPower Turbo inline six-cylinder, it’s not easy to please EV enthusiasts and traditional gearheads at the same time. For BMW M, the 50-year-old motorsport …
First Drives 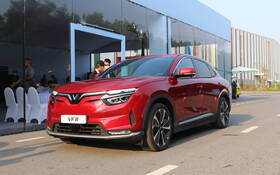 VinFast VF 8 Looks Promising in First Test Drive
Hai Phong, Vietnam— After years of relative stability, the Canadian automotive landscape is about to change quite a bit with new companies hoping to break through the market. Imperium, Fisker, Lucid, Rivian and more all want their piece of the growing EV pie. You can add VinFast to the list.
News 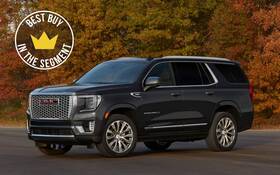 The Car Guide's Best Buys for 2022: Chevrolet Suburban/Tahoe/GMC Yukon
Every year, The Car Guide unveils a list of Best Buys covering all the different vehicle categories in the industry. The Americans continue to rule the full-size SUV segment, and we have three models sharing top honours for 2022. Winner GM’s trio consisting of the Chevrolet Suburban and Tahoe plus …
Test Drives 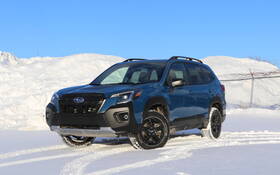 2022 Subaru Forester Wilderness: Your Tough, Winter-Ready SUV4.0/5
Subaru’s new Wilderness models are taking the spotlight as more rugged and more adventurous variants of popular products. As fate or Mother Nature would have it, we were handed the keys to a 2022 Forester Wilderness during the worst week of February, weather wise. There was a lot of snow …
News 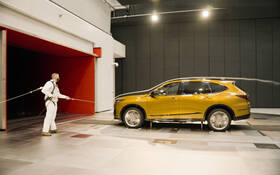 Why Honda's World-Class New Wind Tunnel is a Big Deal
Honda has opened a new state-of-the-art wind tunnel facility that promises to “usher in a new era of development testing capabilities” for its products and of course those of its Acura luxury brand. This also includes the automaker’s race vehicles. Wind tunnels are used in the auto industry to evaluate …
Test Drives 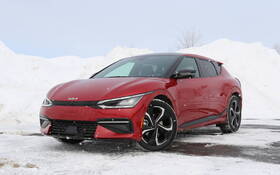 2022 Kia EV6: Playing the Right Cards4.0/5
Saying the Kia EV6 is highly anticipated is pretty much an understatement. Since making its global debut last year, the Korean brand’s new dedicated electric vehicle has generated plenty of buzz. It all starts with bold, polarizing looks imagined by Canadian designer Karim Habib. Everywhere we went during our first …
Test Drives 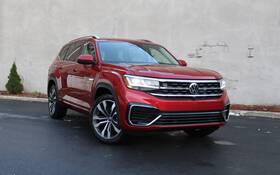 2022 Volkswagen Atlas: American SUV With German Roots3.0/5
Unlike the Touareg that was sold on both sides of the Atlantic, the Volkswagen Atlas is designed and built in North America for North American drivers. This change reflects the automaker’s new strategy. Instead of a 100-percent German-bred SUV, the Atlas is a vehicle that is specifically tailored to meet …
Electric 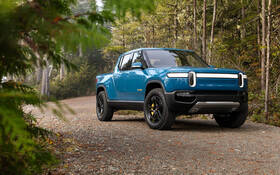 Rivian Delays Max Battery Packs to 2023
The all-new R1T pickup and R1S SUV from all-electric vehicle manufacturer Rivian can be ordered with two distinct battery packs. And according to Reuters, buyers who have ordered the R1T pickup truck or the R1S SUV with a large battery called “Max Pack” will not get delivery until 2023. This …
The Car Guide newsletter
Find a vehicle
Reviews, specifications and offers