Born in Lévis, Jacques Duval first took to the microphone at the tender age of 17 years minus two weeks. He started as a radio announcer, show host and DJ on CKCV Québec. Since the very beginning of his career, he promoted French and Quebecois singers, even after switching to CKVL Verdun, where he worked for more than 10 years as a host and DJ.A fervent believer in Quebecois music, Duval was hired by Télé Métropole to host Le Club du Disque along with the late Roger Gosselin. Through this program, Duval’s chronicle Le Cimetière du disque started to gain popularity. He became an automotive journalist for MacLean’s magazine in 1960, and thus decided to take up auto racing in his spare time.

As an automotive specialist and music critic, Duval was unable to juggle both interests and the numerous engagements that they entailed. After working with Jean Pierre Coallier on Jeux d’Hommes, Duval pitched a weekly program to Radio Canada TV, which would be called Prenez le volant. In 1967, in the midst of the show’s eight-year run, Duval published the first Guide de l’auto, a move that cemented his position as Quebec’s leading automotive specialist. This was bolstered by his racing success, as he earned more than 100 trophies at events including the 24 Hours of Daytona (GT category), the Grand Prix de Trois-Rivières, and the Quebec Championships (5-time winner). Duval even wrote an autobiography, which was published in 2007 by Québec Amérique.

The father of three children, Jacques Duval is enthusiastically returning to the Guide de l’auto as its founder and editor emeritus. In doing so, he will see to the continuity of the work he first published in 1967. He was recently inaugurated into the Canadian Motorsport Hall of Fame, in recognition of his success as a race car driver and his efforts to popularize motorsports in his home province of Quebec. In 2011, the Quebec government presented Duval with the Georges-Emile Lapalme Award for his remarkable work and exceptional contribution to the cultural development of Quebec society. 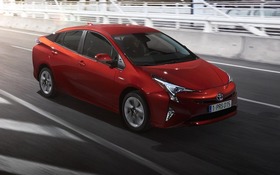 2016 Toyota Prius: All That's Missing Is The Cord4.0/5
Mount Fuji, Japan – If the new Toyota Prius that has rolled into dealerships has a fault, it's that it bucks current esthetic trends. It's very nice though—even elegant—with a style that differs considerably from the old Prius, which was distinctive, but a tad cartoonish. This newbie is 6 centimetres …
First Drives 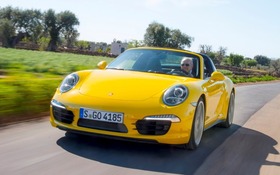 Porsche 911: The Targa Reinvented4.0/5
Bari, Italy - An introduction of the all-new Porsche 911 Targa would be incomplete without a brief look back at the history of the model. Looking back into the annals of automotive history, Porsche will always be able to brag about the fact that they built legendary cars—and also the …
First Drives 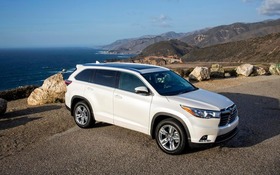 2014 Toyota Highlander: Built for Comfort4.0/5
Carmel, California. When it first hit the market 12 long years ago, the Toyota Highlander struck me as a happy medium between a real SUV and a wagon. But since then, that role has been assigned to the Venza. In a way, it was also a toned-down version of the …
First Drives 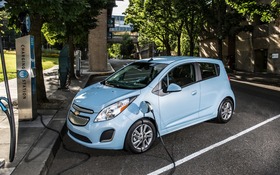 Chevrolet Spark EV: The Poor Man’s Tesla
If ever there was a poorly named car, it’s the Chevrolet Spark. Sadly, the EV version of this vehicle is in dire need of some spark of its own. Already available on the Canadian marketplace with a thermal engine, this sub-compact from GM will soon be gliding into showrooms on …
News

Porsche Realiability Put in Doubt
If we are to believe the bimonthly U.S. magazine Autoweek, the revered Porsche brand is in hot water and its reliability is in serious doubt after engine trouble on Boxster and 911 models sold between 2001 and 2005. The major problem affects cars with the 3.4 litre 6-cylinder engine that …
Blog 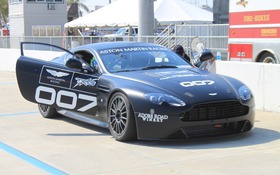 Aston Martin Vantage GT4: Wine and Spirited Performances
Palm Beach, Florida — Everybody knows that cars and alcohol don’t mix. But since rules are meant to be broken, the owner of California’s Adobe Road Winery – who also happens to be a former car racer – is currently setting up a North American series of monotype races specifically …
The Car Guide newsletter
Find a vehicle
Reviews, specifications and offers