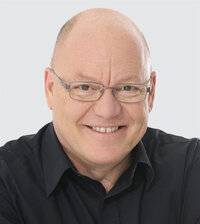 Jacques Deshaies began his career as an automobile journalist 15 years ago. Then a sales consultant for a Radiomédia station in Quebec’s Mauricie region, he began hosting a weekly 30-minute show on the automotive industry. As a car enthusiast, he was a perfect fit for the profession of automobile journalist. On several occasions, he has hosted the Guide de l’auto television show on Vox. He has also hosted the shows Autotest and Automobile on competing channels.

After a spell at Sympatico, Jacques Deshaies worked for Autonet before joining the Car Guide family. A diehard fan of motorsports, he participated in the Canadian Touring Car Championship with his own team and was the president of the Grand Prix de Trois-Rivières when the event was revived. He was also Kia's official driver for the famous Targa Newfoundland on three occasions. Furthermore, he is the founder of the Nissan Micra Cup and remains the series’ promoter.

2018 Porsche Panamera Turbo S E-Hybrid Sport Turismo: Green Porsche Power4.0/5
MALAGA, Spain – Remember the controversy when this full-size Porsche sedan was introduced? Purists were very displeased, criticizing its lack of proportion and nauseating tail end design. That was in 2009. Since then, purists have accepted this Porsche and sales have increased progressively. Last year, Porsche’s stylists freshened up the …
Los Angeles 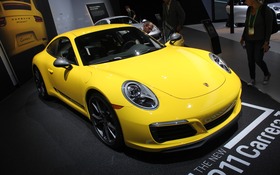 Three Unveilings for Porsche in Los Angeles
LOS ANGELES, California – The California market is an important one for Porsche, which justified the presentation of several new models at the Los Angeles Auto Show. Since the automaker also opened a Porsche Experience Center in Carson, not too far away from L.A., it was necessary come out to …
Special Events 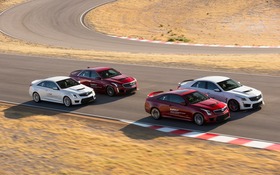 Cadillac V-Performance Driver Training: Two Days of Pure Driving
LAS VEGAS, Nevada — Advanced driving schools have existed for a long time now. My first one was with BMW at the testing centre in Blainville, Quebec, and I have since participated in Mercedes-Benz’s AMG training on the Mont-Tremblant circuit as well as the winter version of this course with …
First Drives 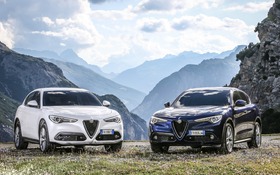 2018 Alfa Romeo Stelvio: The Italian-Style SUV4.0/5
MILAN, Italy — The rumour mill was in overdrive last month about the possible sale of certain FCA Group assets, but our hosts from FCA have confirmed that it’s all pure hogwash. It is true, however, that Alfa Romeo, a member of the large group, intends to make inroads in …
Detroit 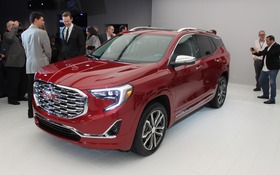 2018 GMC Terrain: the SUV Battle Rages on
DETROIT, Michigan – After unveiling the 2018 Chevrolet Equinox late last year, it’s its cousin’s turn, the 2018 GMC Terrain, to be presented at the Detroit Auto Show. The Terrain is very important for GM, as more than 700,000 units have been sold since it first hit the market back …
Detroit 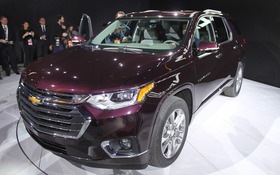 2018 Chevrolet Traverse Unveiled in Detroit
DETROIT, Michigan – After the celebrations surrounding the Chevrolet Bolt EV for having won the North-American Car of the Year title, GM introduced the 2018 Chevrolet Traverse. Slightly smaller than before, like its GMC Acadia cousin, the Traverse can seat up to eight passengers. The American automaker has been on …
First Drives 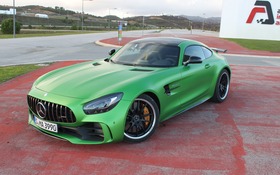 2018 Mercedes-AMG GT R: Green Car of the Year?4.5/5
PORTIMAO, Portugal – No, it’s not what you’re thinking – this is not the most environmentally-friendly car of the year. But it is without a doubt at the top of my wish list. And don’t kid yourself, the GT R’s brilliant green paint isn’t just a matter of taste. Mercedes-AMG …
Spotlight on 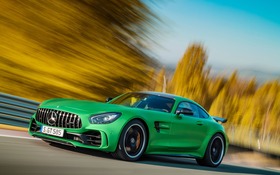 2018 Mercedes-AMG GT R: the Good Mix
The exoticar of the Mercedes-Benz family, the AMG GT picks up where the spectacular SLS AMG left off. You might say that these two cars are completely different, and you would be right. It’s a sportier vehicle and targets a choice rival, the Porsche 911. We’re back in the region …
The Car Guide newsletter
Find a vehicle
Reviews, specifications and offers