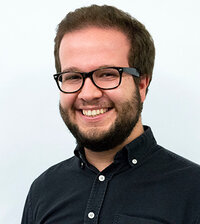 An automobile enthusiast for as long as he can remember, Germain Goyer has fond childhood memories of Sunday mornings watching Villeneuve and Schumacher and playing with Hot Wheels and Matchbox toy cars.

Nowadays, he prefers being at the wheel of his Volkswagen Jetta GLX VR6 1998, his Mercury Grand Marquis 1983 or his Chrysler Newport 1972, which he's nicknamed Brownie.

Though only in his early twenties, Germain worked with Autoblog Québec from its launch until its closure. He's also written for Auto V Télé and worked as a researcher for TV series Légendes de la route. He eventually began producing content for Quebecor, initially as a freelance journalist.

Since the summer of 2017, his weekly column has appeared on Autonet, Le Journal de Montréal and Le Journal de Québec. He also co-hosts a podcast about cars on QUB Radio.

The 2019 issue of The Car Guide marks the beginning of a new adventure for Germain Goyer.

Finally, for the past decade, Germain Goyer has been contributing to the success of family business Autos-Suggestions, which sells miniature model cars.

2022 Infiniti QX55: Unpopular and It’s Easy to See Why2.0/5
Infiniti last year introduced a brand new model, the QX55 , in a move to expand its SUV and crossover lineup, which already includes the QX50 , QX60 and QX80 . Following a brief first drive in the spring, we got to spend a full week with the QX55 at …
CES 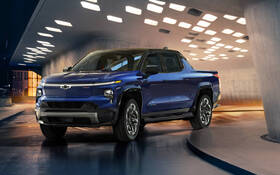 The 2024 Chevrolet Silverado EV is Here at Last!
General Motors CEO Mary Bara took the stand this week at the Consumer Electronic Show (CES) in Las Vegas to unveil a key vehicle for the automaker: the fully electric Chevrolet Silverado. The Ford F-150 Lightning and GMC Hummer EV have already seen the light of day. But Stellantis remains …
News 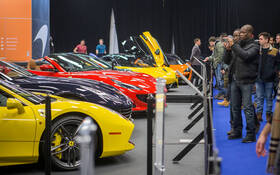 Omicron Forces Cancellation of 2022 Montreal, Toronto Auto Shows
Just over a month after officially announcing the 2022 edition, Montreal International Auto Show (MIAS) organizers have decided to cancel the event at the Palais des congrès de Montréal, which was scheduled from January 21-30, 2022. The decision was made following the analysis of the latest effects of the rise …
Classic Cars

All-new 2023 Mazda CX-50 Arrives as a More Rugged CX-5
Mazda ’s plan to expand its SUV and crossover lineup today became a bit clearer with the introduction of the all-new 2023 Mazda CX-50, which is primarily designed for adventure and off-road driving enthusiasts. The Car Guide had unique access to the vehicle during a special presentation in Toronto. Here’s …
First Drives 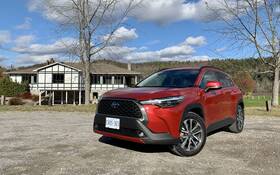 2022 Toyota Corolla Cross: Making Up For Lost Time4.0/5
In order to understand the hype around the all-new 2022 Toyota Corolla Cross , you have to consider two other models. While fairly popular, the Matrix hatchback was discontinued in Canada after the 2014 model year. Toyota’s Scion brand came back with the iM, which later became the Corolla iM …
News 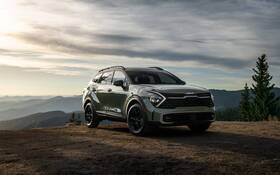 2023 Kia Sportage Revealed Further, Goes on Sale Early in 2022
The 2023 model year signals the introduction of Kia ’s fifth-generation compact SUV, the Sportage . We first saw it in June during the global reveal, but now the company is giving us more details specific to the North American-bound model. In a virtual presentation The Car Guide attended, Russel …
News

2022 GMC Sierra Adds Two New Models and Plenty of Tech
Following the lead of the Chevrolet Silverado , the GMC Sierra receives a number of enhancements for 2022 including two unique models and lots of new features. Fans and potential customers got a chance to see it for the first time in a TV commercial that aired during Thursday Night …
The Car Guide newsletter
Find a vehicle
Reviews, specifications and offers