As far as they can remember, Dominic’s parents and grandparents would ask him to name any car on the road, and he would succeed. His passion made him collect Hot Wheels, but also books and magazines.

As a kid, Dominic dreamed of becoming a Formula 1 driver. He took karting lessons for a few years. However, his plans changed, and he never became the new Jacques Villeneuve. Instead, he studied journalism and now has a bachelor’s degree from UQAM. Being a journalist, for him, was the best opportunity to drive and analyze the 300+ cars on our market.

During his studies, Dominic briefly collaborated with Autofocus and RPM. After being a collaborator for nearly two years at The Car Guide, he is now a full-time member of our team. 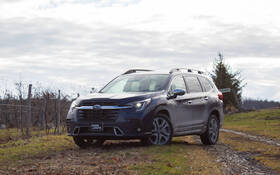 2023 Subaru Ascent: Adventures for the Whole Family3.5/5
The Car Guide headed to Picton, Ontario last month to test drive the mildly redesigned and updated 2023 Subaru Ascent , the Japanese brand’s largest crossover. We spent time around town and on the highway, as well as some muddy trails nearby, to get a complete picture of how it …
Test Drives

2022 Nissan Altima: Competent but Overlooked3.5/5
The midsize sedan segment is not what it used to be. Modern families are now largely gravitating toward SUVs, meaning cars like the Nissan Altima often get overlooked. Why should you buy this model over a Toyota Camry , Honda Accord , Chevrolet Malibu , Hyundai Sonata , Kia K5 …
News 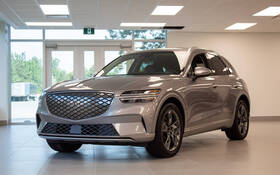 Genesis Expands EV Lineup With 2023 Electrified GV70
Hyundai’s luxury brand, Genesis , is expanding its EV lineup with the all-new 2023 Electrified GV70. Positioned just above the GV60 crossover, this battery-powered GV70 is more like a real SUV. It shares obvious design cues with other Genesis products including signature two-line headlights and taillights plus a G-Matrix front …
Special Events 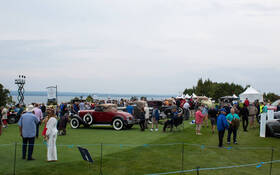 The Cars of the 2022 Cobble Beach Concours d'Elegance
Test Drives 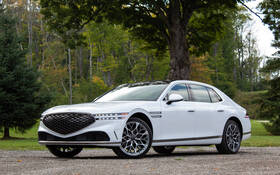 2023 Genesis G90: Elegant and Opulent4.0/5
Genesis ’ flagship sedan is all-new for 2023 and we recently had the opportunity to spend some time behind the wheel, so here are our first impressions of the 2023 Genesis G90 . For starters, the company chose to offer a single trim level called Prestige that has all the …
News 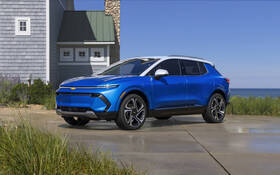 2022 Nissan Kicks: A Colourful Commuter3.5/5
Nissan ’s small crossover, the Kicks , benefited from a significant mid-cycle update last year and returns with no major changes for 2022. There are five trim levels to choose from including: S, SV, SV Special Edition, SR and SR Premium. Pricing ranges from $20,548-$25,748. In this segment, the Kicks …
The Car Guide newsletter
Find a vehicle
Reviews, specifications and offers