The plan to resurrect the Dodge/Ram Dakota as a smaller sibling of the Ram 1500 has been cancelled according to sources within Stellantis.

Curiously, the report comes from GM Authority. Other U.S. media outlets have shared the news, but no other details have been provided, so take it for what it’s worth.

A midsize pickup was part of FCA’s 2018-2022 plan, and the company even filed a trademark application with the United States Patent and Trademark Office for the “Dakota” name in May 2020.

However, FCA officially merged with French automaker PSA in mid-January of this year to form Stellantis. Each and every one of the existing brands and models needs to be looked at with a magnifying lens. Future projects are no different.

The Dakota was eliminated after the 2011 model year due to poor sales, but with smaller pickups regaining popularity in recent years, the idea of launching a new Dakota based on the same chassis as the Jeep Gladiator seemed like a good one.

It was expected to also use the same engines, namely a 3.6-litre gasoline V6 and 3.0-litre EcoDiesel V6, possibly a turbocharged four-cylinder on top of that. Some have speculated that a Rebel variant aimed at off-road enthusiasts could be introduced, too.

Do Stellantis executives think that a single midsize pickup is enough? The Gladiator is considerably more expensive than rivals and Jeep styling is not everyone’s cup of tea. Only the redesigned-for-2022 Nissan Frontier managed to sell fewer units last year.

At Ram, the cheaper 1500 Classic, which is based on the old chassis, is a good seller. It would be a puzzling move by Stellantis not to go ahead with a Ram Dakota at an even lower price point. We’ll keep you posted. 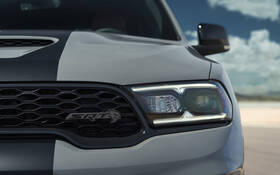 SRT is No More, But Here's Why It Might Actually Be Good News
While Stellantis CEO Carlos Tavares says he wants to give all 14 FCA-PSA brands a chance to shine going forward, it’s the opposite for the Street and Racing Technology (SRT) performance division. Mopar Insiders has received confirmation from a Stellantis spokesperson that the SRT team is being disbanded, putting an …
News

Genesis GV80 Crashed With Tiger Woods Behind the Wheel
Tiger Woods was involved in a single-vehicle crash while driving his spanking new 2021 Genesis GV80 on Tuesday. He was rushed to the hospital where he remains in stable condition. Emergency personnel had to use jaws of life to remove the 45-year-old golfer from the SUV, which suffered extensive damage …
Electric

Tesla Model Y Standard Range Can No Longer Be Ordered
UPDATE (02/23/2021) -- Tesla CEO Elon Musk has just posted this on Twitter: "It is still available off menu, but I don’t think the range, in many drive conditions, yet meets the Tesla standard of excellence." Below is the original story. Remember the new Model Y Standard Range that Tesla …
New Models

2021 Porsche 911 GT3 Debuts With Faster Nürburgring Lap Times
6:58:927 minutes—that’s how long it took test driver Lars Kern to complete a lap of the legendary Nürburgring-Nordschleife with the redesigned and re-engineered 2021 Porsche 911 GT3. For the record, the new model is faster than the previous one by a whopping 17 seconds. It is yet another variant of …
Recalls

Even More Kia, Hyundai Vehicles Recalled Because They Could Catch Fire
Kia has just announced a recall on 39,658 vehicles in Canada to address a problem that is not insignificant: a fire could break out in the engine compartment while driving. The company says it’s conducting this recall as a preventative measure to prevent fire risk due to potential fuel leaks, …