Development of long-range electric vehicles is accelerating quite a bit. Many automakers along with tech giants and battery suppliers are making big promises and announcements these days.

At a recent battery-tech trade conference in South Korean, SK Innovation revealed that it’s developing cells that will only need two 10-minute fast-charging sessions to cover more than 800 kilometres of range when installed in an electric vehicle.

Such cells could be completed by the end of 2020 at the earliest, but more likely in the first half of 2021.

Unfortunately, the company gave few details about the technology or chemistry being used. All we know at this point is that high-density nickels are part of the mix and that the battery could accommodate more than 1,000 charge/discharge cycles, similar to Samsung’s.

SK Innovation has been supplying batteries to Kia mostly for vehicles like the Niro EV. Business will grow exponentially over the next couple of years. In fact, the company is building a two-factory complex in Georgia that will make cells for up to 300,000 vehicles, including the U.S.-built Volkswagen ID.4 (starting in 2022) and the anticipated Ford F-150 Electric.

And unlike domestic rival LG Chem, which supplies batteries for the Chevrolet Bolt EV and Hyundai Kona Electric, among others, no fires have been reported so far in models powered by SK Innovation batteries.

Is This Actually the New 2022 Kia Sportage?
The current-generation Kia Sportage is four years old and a brand new model is coming for 2022. Similar to its cousin, the Hyundai Tucson , it will receive a complete makeover. And we finally have a preview of what it will look like. Following spy shots of camouflaged prototypes being …
Tires

Top 10 : Best Winter Tires for Cars and Small SUVs, 2020-2021
We were lucky enough to do our latest winter tire tests in February 2020 just before the COVID-19 pandemic hit North America and put car makers and dealers on lockdown. With compact SUVs being the most popular vehicles on the market, we used a Nissan Rogue and Honda CR-V as …
New Models

2022 Subaru BRZ Unveiled With Sharp Looks, New Engine, But No Turbo
As promised, the new, second-generation Subaru BRZ made its virtual debut today. Was it worth the wait? Of course, we’ll have to take it for a spin on the road and the track to find out for sure, but the car offers a number of pleasant surprises—and at least one …
News

The Car Guide Unveils Its 2021 Vehicles of the Year
This year has been quite a challenge for the team at The Car Guide . But despite a pandemic that essentially shut down the auto industry for two months in the spring, our journalists managed to review all the major new models that made their debut. As 2020 comes to …
Electric 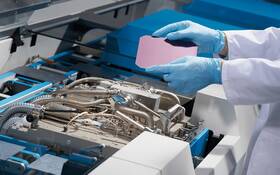 European Breakthrough Has Scientists Talking About 2,000 km of Range
Forget about Samsung and SK Innovation with their proposed batteries supplying 800 kilometres of range. A new battery cell manufacturing technology developed by German and Dutch scientists apparently has the potential to make electric vehicles travel up to 2,000 kilometres with a full charge. Instead of inventing new cell chemistry, …