For the first time ever, a domestic brand ranks atop J.D. Power’s Initial Quality Study. Dodge is a surprise No. 1 in a tie with Kia, which continues to dominate the industry.

The ranking is determined by the number of problems per 100 vehicles based on the responses from 87,282 purchasers and lessees of new 2020 model-year vehicles who were surveyed after 90 days of ownership. The study, redesigned this year, measures components that fail and features that are difficult to use, hard to understand or don’t work the way owners want.

Busting an enduring myth about American vehicles, most domestic brands perform better than the overall industry average including Dodge (136 problems per 100 vehicles), Chevrolet (141), Ram (141), Buick (150), GMC (151), Jeep (155) and Cadillac. In fact, this is the best-ever performance by the Detroit automakers collectively in the history of the study.

On the other hand, Japanese automakers are struggling. Mitsubishi (148), Lexus (159) and Nissan (161) are the only brands from the land of the rising sun to rank above the industry average.

This is also the first time that Tesla appears in the ranking. Even though Elon Musk’s company didn’t allow J.D. Power to survey its owners in 15 U.S. states, the firm was able to collect a large enough sample of surveys from owners to calculate a score. With 250 problems per 100 vehicles, Tesla is dead last in the industry.

Here’s a graphic that shows how all the various car brands rank in the 2020 J.D. Power Initial Quality Study:

As for vehicle categories, below are the leading models for quality this year: 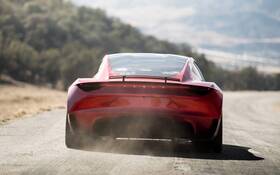 This is What a Tesla Roadster Hitting 100 km/h in 1.1 Second Looks Like
The next-generation Tesla Roadster, first announced in November 2017 and expected to debut in 2020, has been delayed while Elon Musk and his team are busy launching and fixing quality issues with the all-new Model Y compact crossover. Do you remember the insane numbers, though? Here’s a refresher: 0-100 km/h …
New Models 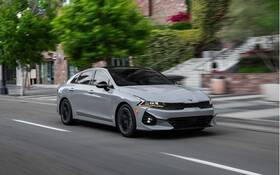 All-new 2021 Kia K5 Takes Torch From Optima
A few weeks after its debut in South Korea, the all-new 2021 Kia K5 had its North American premiere today during a virtual media event. It’s the next generation of the Optima midsize sedan and the name change reflects the automaker’s international nomenclature. The K5 will be available in LX, …
News 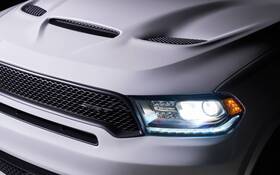 Dodge Promises 8,950 Horsepower for 2021
The 2021 model year will be a big one for Dodge . With the Grand Caravan and Journey both out of the picture, FCA’s sporty brand will be able to focus on its three muscle cars—the Challenger , Charger and Durango , the last one in SUV disguise. New models …
New Models

Dodge Unleashes Wicked Trio Led by Durango SRT Hellcat
Dodge is completely focused on its three muscle cars for 2021 and the wicked new models officially announced today will make fans and competitors go crazy for different reasons. There is plenty to say and see (don’t miss our mega-photo gallery), so let’s not waste any time. 2021 Dodge Durango …
New Models

Refreshed 2021 Audi Q5 Was Designed by a Canadian
Danny Garand from Sherbrooke, Quebec is a senior designer at Audi’s Ingolstadt headquarters in Germany and the man responsible for the new look of the refreshed 2021 Q5 crossover. In 1978, Garand became enamoured with the Lotus Esprit Turbo that starred in the James Bond movie The Spy Who Loved …