Not to be outdone by the Chrysler Pacifica, which is getting a lot of attention in the minivan segment now with its plug-in hybrid variant and new-for-2021 all-wheel drive option (the latter is not available with the former, mind you), the refreshed and upgraded Toyota Sienna made its debut today during a virtual presentation of new Toyota products that also included the 2021 Venza.

Similar to the crossover, the Sienna will now be offered exclusively with a hybrid powertrain, namely a 2.5-litre four-cylinder gasoline engine combined with two electric motors. It produces 273 total horsepower and is projected to average 7.1 L/100 km, whereas the current Sienna boasts a 296-horsepower V6 and burns more than 11 L/100 km. Towing capacity is still rated at 3,500 pounds.

Identical to the Venza’s, the all-wheel drive system is available on all trim levels of the minivan, while most of the equipment has a lot of similarities such as standard Toyota Safety Sense 2.0.

One notable addition is the new Platinum high-end model, which features an 11.6-inch centre touchscreen with navigation, a 12-speaker JBL sound system, four-zone climate control, an onboard vacuum and refrigerator, and captain’s chairs with ottomans in the second row.

As for styling, the new Sienna sure looks more aggressive. The front design is actually inspired by the iconic Shinkansen Japanese bullet trains.

The all-new 2021 Toyota Sienna and Venza are part of the automaker’s plan to launch 40 new or updated electrified vehicles by 2025.

Recently, Toyota crossed a symbolic milestone of 15 million hybrid vehicles sold globally since 1997 including more than 200,000 in Canada over the past 20 years.

By the way, the new powertrain warranty covers all hybrid-related components for 8 years/160,000 kilometres and the battery for 10 years/240,000 kilometres, whichever comes first.

2021 Toyota Venza: Five Things to Know
The Toyota Venza as you know it is long gone. The beefy, Camry -based wagon disappeared from the Canadian market after the 2016 model year. Well, it’s back! The Japanese automaker has revived the nameplate, announcing a more SUV-like crossover that should appeal to today’s families. The all-new 2021 Toyota …
News

Driving With a Mask Can be Dangerous
Heeding the advice of public health authorities across North America, more and more people are choosing to wear a mask when they have to get out of the house. There are still some risks, mind you, and not necessarily the ones you think about. A driver in New Jersey gave …
Hybrid/Plug-in Hybrid 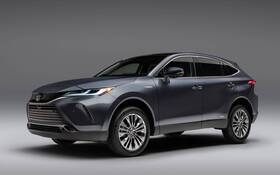 Toyota Venza Rises From the Ashes, Gets Hybrid Treatment
Four years after leaving the Canadian market, the Toyota Venza is making a comeback as consumers’ obsession with utility vehicles amplifies. It was unveiled this morning during a virtual presentation of new Toyota products. Slotting between the RAV4 and Highlander , the all-new 2021 Venza is a two-row midsize crossover …
News

This $875,000 Brabus G-Class Has 888 Horsepower
The Mercedes-Benz G-Class has fans obsessed with its iconic silhouette and prestige, others with its surreal off-road capabilities and tremendous power. Sadly for some, the V12-powered G 65 did not survive the model’s transformation for 2019. The most potent and exclusive G-Class you can buy right now in Canada is …
News

Upcoming 2021 Kia Optima to Use a Different Name
Previewed by a series of sketches last fall, the next-generation Kia Optima made its debut earlier this year in South Korea, where it goes by the name of K5. The North American version should be revealed soon and will go on sale by the end of 2020. All signs point …